There she is in all of her glory... an ever changing and intriguing landscape.

Nestled in a secluded, forested area just west of Interstate 5 in Shasta County California, about 48 miles north of Redding and midway between Dunsmuir and Castella, Castle Crags is a dramatic and well-known rock formation ranging in elevation from 2,000 to 6,500 feet in elevation. This California State Park is within easy driving distance of some of the most spectacular natural settings in the western United States.  The nearby availability of a wide-variety of activities--- golf, hunting, shooting, fishing, boating, birding, hiking, horseback riding, photography, history and more... make the park the perfect place to spend not only a brief visit, but also an extended vacation.  You will find lodging and restaurants in the vicinity or you can camp out at one of the park campgrounds. 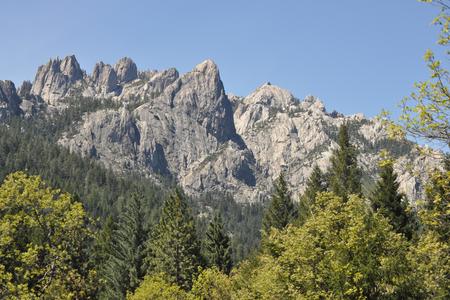 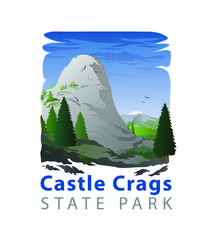 The Park History and Geology 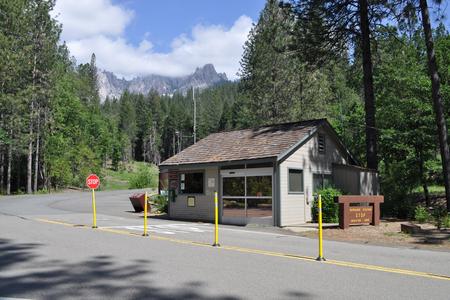 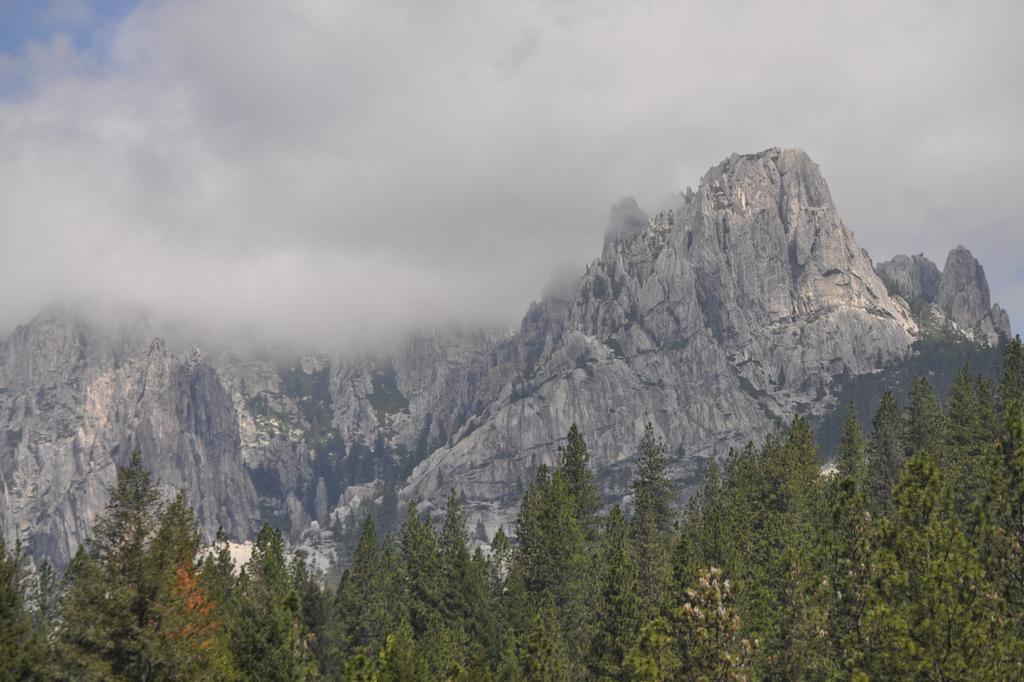 History:
Castle Crags is situated along an ancient trade and travel route and has witnessed dramatic events over the years. Strained relationships between 1850s California Gold Rush miners and the local native Indian populations resulted in the 1855 Battle of Castle Crags.  Exploitation of the land by lumber and mining operations encouraged concerned citizens in 1933 to acquire much of the land, which would eventually become Castle Crags State Park. However much of the crags themselves are part of the Castle Crags Wilderness Area within the Shasta-Trinity National Forest, managed by the U.S. Forest Service.

The forested area of the park was used by several native groups, including the Okwanuchu Shasta people as well as the Wintu, Achumawi and Modocs. Many features of the Castle Crags Wilderness are considered sacred to Native Americans including all of the streams, the Sacramento River, and the region's abundance of natural springs.

During the 1848 California Gold Rush, miners flocked to California from all over the world, invading the original homelands and destroying the life-sustaining resources and environments of the native people. Thousands of miners invaded the area when false rumors of the fabled "Lost Cabin Mine" began to circulate in the region. This invasion led to the genocide, slavery and forcible displacement of indigenous people.

The massacre of indigenous people from the wilderness opened the region for commercial and industrial exploitation of the land's resources, which are sacred to native people. The Castle Rock Mineral Spring was one of the earliest land resources seized after a genocidal campaign that eliminated Native Americans from this region. 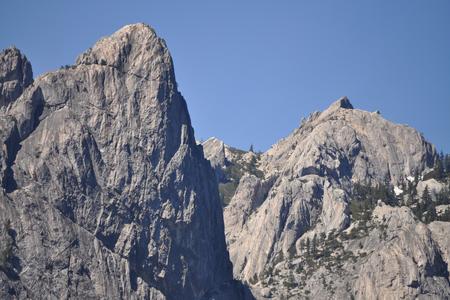 Geology:
While the Northern Coast Ranges of northwestern California consist largely of rocks of volcanic and sedimentary origin, granite bodies (plutons) intruded many parts of the area during the Jurassic period. Heavy glaciation at this location during the Pleistocene eroded much of the softer surrounding rock leaving the towering crags and spires exposed, from which the Castle Crags pluton derives its name. Exfoliation of huge, convex slabs of granite yielded rounded forms such as the prominent Castle Dome feature of Castle Crags.  Today, the resulting crags seem to explode out of the forest, much like a fantasyland. 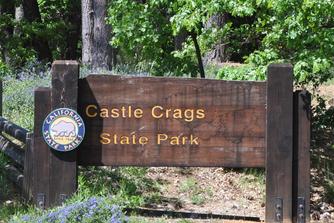 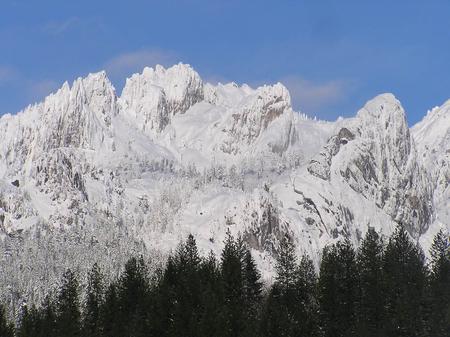